Eager to get your hands on a top-of-the-line set without shelling out five figures for a super-slick 55-inch OLED? Sony's Bravia HX950 may have caught your eye, with its Intelligent Peak LED Backlight that's said to deliver "the best contrast Sony has to offer." According to representatives at IFA (who don't always tend to offer the most consistent specifications), the full-array system includes 196 individual zones, letting the television adjust backlighting on a more granular level, resulting in brighter whites and deeper blacks. We caught up with both the 55- and 65-inch flavors of Sony's HX950 at the company's booth, where several demo stations were arranged to highlight the backlighting, along with features called 3D Super-Resolution, Internet Video Super Resolution and HD Super Resolution. All of the side-by-side demonstrations provided noticeable improvements, though all three Super Resolution settings may be a tad too sharp for some viewers.

The set itself is as gorgeous as you'd expect for a flagship model, with a black glossy bezel and a narrow design that's sufficiently svelte without stepping into ultra-thin territory. The specially designed glass panel does indeed help to reduce glare, as we experienced in the visually congested IFA booth. Perhaps most interesting is the price -- €2,999 (about $3,800) for the 55-inch model, and €4,999 (about $6,300) for the 65 incher -- a steep drop from the 650,000 yen (about $8,270) the HDTV is commanding in Japan. We weren't able to confirm US availability or pricing, which will likely come in below the European tag, but reps did quote a November 1st ship date, which seems to be in line with the November 10th date we heard for Japan earlier this week. You'll have but two months to wait before adding this monster to your collection, but you can snag a look today in our gallery below and hands-on video after the break.

Posted by annecaraway at 9:00 PM No comments:

Reuters was tipped off to a survey that reveals Walmart, the world's largest retailer, is testing a new system that would allow customers to scan items with their iPhone then quickly pay at a self-checkout counter. The "Scan & Go" feature won't let you pay with your phone, at least not yet, but rather than scanning each item individually in line, shoppers will be able to quickly transfer their list to the kiosk and pay in one quick step. The hope is that the new system will dramatically speed checkout times and reduce congestion in the stores. The trial is taking place at the supercenter Rogers, AR, where the entire event will be monitored and recorded for research purposes. Participants are being rewarded with $100 and a $25 gift certificate towards their shopping experience. When or if "Scan & Go" will be delivered to John Q. Public remains to be seen. But we're sure fans of rolled back prices are eager to see it go live.

Posted by annecaraway at 7:00 PM No comments: 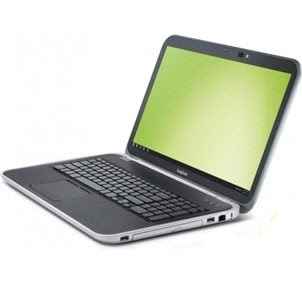 This deal expires August 28, 2012 or sooner. Check the above link for more details on this deal, and check the LogicBUY home page for other deals.

Tagged: Deal of the Day

The legendary Mark Twain is said to have once observed, "If you don't like the weather in New England, just wait a few minutes," and much the same sentiment could just as well be applied to life here in the Linux world. To wit: Not so very long ago, gaming was held up as one of the big obstacles keeping PC users off of Linux and on Windows instead. Then, back in April, Valve announced that it was bringing its popular Steam gaming platform to Linux. A few short months later, Valve cofounder Gabe Newell decried Windows 8 as a "catastrophe" that's driving his own company to Linux.

Posted by annecaraway at 3:00 PM No comments:

Ask DLS: What's your favorite mobile app at the moment?

The mobile app marketplace is exploding; there are now hundreds of thousands of apps on the iOS, Android and BlackBerry app markets. Heck, even Windows Phone 7 just crossed the 10,000 mark!

But alas, not all apps are created equal; some are way, way better than others. Which leads me to today's Ask DLS question: What is your favorite mobile app at the moment?

We don't necessarily mean the latest craze; we'd like to hear about apps that have stood the test of time on your device, apps that are among the first you install on a new smartphones, apps that have earned their place on your home screen and in your heart.

So, what are some of these apps? Bonus points for links to screenshots in the comments!

Ask DLS: What's your favorite mobile app at the moment? originally appeared on Download Squad on Thu, 17 Mar 2011 14:30:00 EST. Please see our terms for use of feeds.

Posted by annecaraway at 1:00 PM No comments: 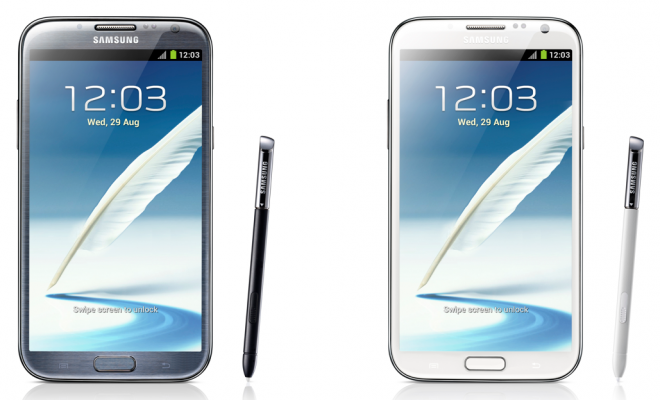 Samsung’s Galaxy Note II is the company’s largest and most powerful smartphone yet. Image: Samsung Electronics

With every flagship Android handset Samsung produces, screen sizes grow. And the company’s latest smartphone is the largest yet: The Galaxy Note II sports a whopping 5.5-inch display.

After months of rumors, Samsung introduced its new Note on Wednesday at the IFA consumer electronics show in Berlin. The Note II is a follow-up to the first-generation Galaxy Note, which the company introduced at the same event last year (though it didn’t hit U.S. carriers until last February).

While the massive display is the Note’s biggest bragging point, Samsung said the Note II is also the most powerful smartphone in its lineup. Inside, the Note II houses a 1.6GHz quad-core processor (Samsung didn’t say if it was one of its Exynos chips or not) and 2GB of RAM. The new Note’s 5.5-inch display features a 1280 x 720 resolution. On the back, the Note II has an 8-megapixel camera, with a 1.9-megapixel shooter up front.

Posted by annecaraway at 11:00 AM No comments:

Go here and type "facebook report." What you get in return is a treasure trove of statistical insights about your Facebook profile, which is certain to send you into a narcissistic spiral you'll never recover from. More »

Posted by annecaraway at 9:00 AM No comments:

Say what you want about Rio De Janeiro possibly being undeserving of hosting a World Cup and a Olympics but you can't deny that the city can be vowel stretching beeeaaauuu-tee-ful. I'm not kidding. It looks like another world. Avatar with a beach. Watch it. More »

Posted by annecaraway at 7:00 AM No comments:

Twitter just announced that its letting advertisers create better, more targeted advertisements so you'll actually see stuff you care about in your Twitter feed. It's the way the Internet works in 2012—ads already know your tastes. More »

Posted by annecaraway at 5:00 AM No comments: